Our agent Wayne Nelson shares his insight on what the June Market Stats mean for your home buying/selling journey this summer.

There’s a slight cooling in Calgary’s hot real estate market. Even so, a record number of sales was recorded for the month of June, which also had the second-highest number of listings ever for the month. 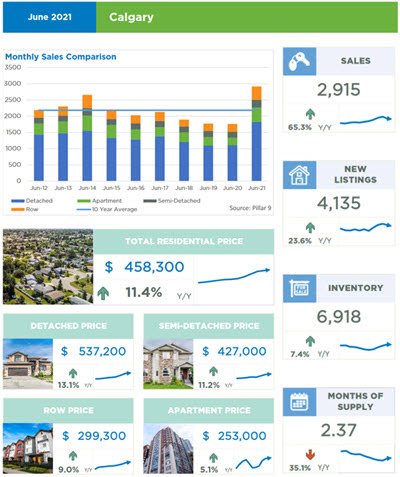 CREB® chief economist Ann-Marie Lurie says, “Through the early spring market, many buyers did not have a lot of choices, but the recent improvements in supply are providing more options for those purchasers and supporting the strong sales we continue to see in June. At the same time, gains in inventory are taking some pressure off the market as it starts to trend towards more balanced conditions.”

The record sales helped keep a supply in check, although supply rose to 2.4 months from less-than-2-months recorded earlier this year. Despite the slight increase, supply levels are still within the seller’s market territory.

With this move toward more balanced conditions, we’re also starting to see a slowing in the pace of price increases. While prices continued to trend up in June, the monthly gain slowed to less than one percent. Year-to-date, prices have climbed 7 percent. 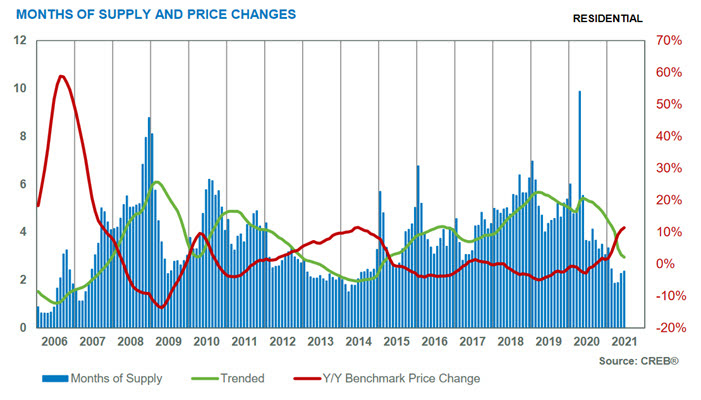 Despite the sellers’ market conditions in the detached sector, there is some variation depending on location. The districts with the strongest demand relative to supply are the North, North West, South, South East and East districts. Each of these districts has less than two months of supply in June, which is well below longer-term averages. The tightness in these areas has also resulted in the highest year-over-year price gains.

The pace of semi-detached sales growth is showing some signs of slowing, but year-to-date sales remain at record highs. New listings have also reached new highs so far this year. However, the growth in sales has outpaced the growth in new listings, preventing any significant shift in inventory levels. Conditions though continue to favor the seller – prices have increased across all districts from less than five percent to nearly 10 percent.

Record-high new listings in June contributed to higher inventories that we typically see at this time of year. However, sales have hit their highest mark since 2007. This has kept supply to less than 3 months which means sellers’ market conditions prevail. Even though the market moves toward more balanced conditions, pricing has improved across most districts – one percent higher than May, but well below previous highs.

Recent price increases in the overall market prompted more people to put their condos up for sale this year. That caused both new listings and overall inventories to increase compared to last year. At the same time, improved affordability has resulted in higher sales. This has helped bring the months of supply down to levels more consistent with balanced market conditions and some price recovery – about three percent higher than last year’s pandemic weakened performance, but month-to-month less than a quarter percent.

June sales in Airdrie contributed to the record-high total recorded so far this year. In just 6 months, sales surpassed the annual average from the past ten years.

Given this exceptionally strong demand – a sales to new listings ratio of 90 percent – It’s not surprising that supply can’t keep up. It’s dwindled to slightly above one month (strong sellers’ market) which continues to impact prices. Detached homes recorded the largest price jump – a nearly two percent increase from May. 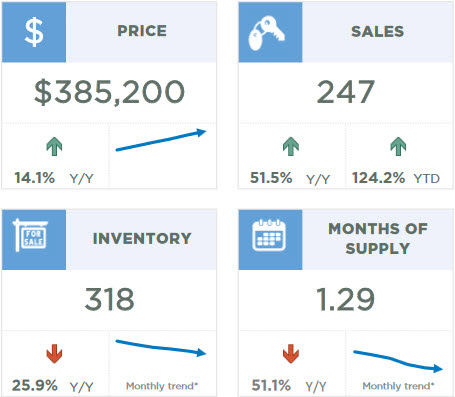 It was another record month of sales. Year-to-date sales were just shy of the record high set for the entire year in 2014. The furious pace of sales caused inventories to fall to the lowest levels recorded in June since 2007. With 1.3 months of supply, conditions continue to favour the seller. 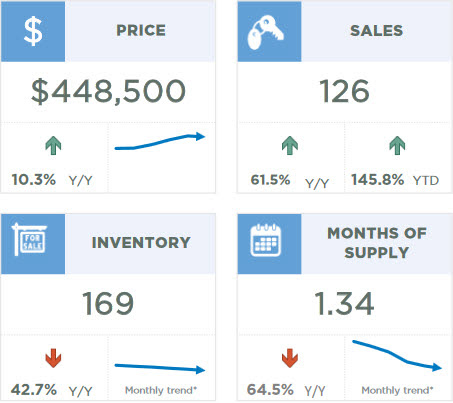 Another month of strong sales left Okotoks struggling to maintain enough supply. The low level of inventory relative to sales has persisted in this market since the third quarter of last year, which caused steady gains in prices, especially for detached homes. 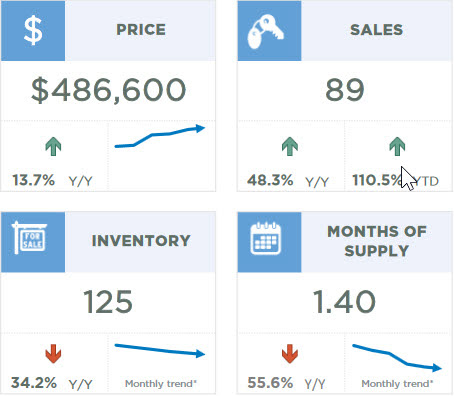 Looking for an experienced REALTOR® who specializes in real estate across Calgary? At Royal LePage Benchmark we are here to help you.